The Columbus coffee experience is unique in that there are more third-wave shops, referring to the idea of treating high-quality coffee as an artisanal food item like wine as opposed to a commodity, within two miles of downtown than in Cleveland, Cincinnati, Pittsburgh, Louisville or Indianapolis. Thus the coffee trail is fueled by these enterprising entrepreneurs and the eight stops on the trail highlight the city's most popular roasters and cafes: Boston Stoker, Cafe Brioso, Cup O Joe, Impero, Mission Coffee Co., One Line Coffee, Roosevelt Coffeehouse and Staufs Coffee Roasters. 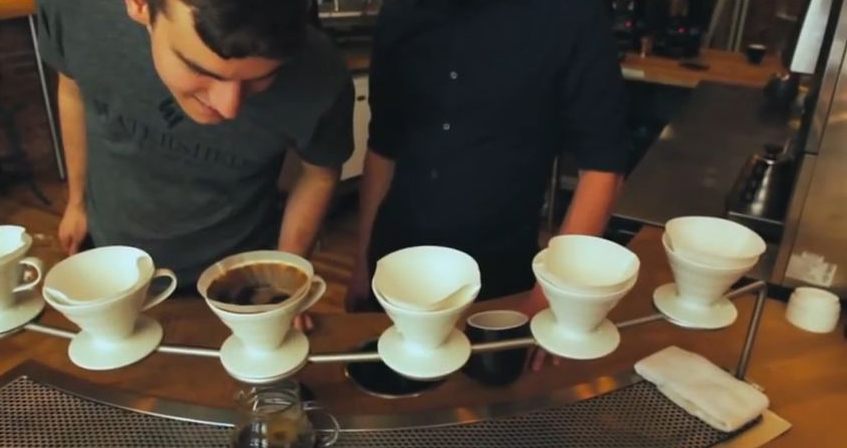 Trail participation is easy. Interested parties can pick up a passport at any Experience Columbus Visitors Center, conveniently located inside the Greater Columbus Convention Center (GCCC) or the nearby Arena District, or any of the participating locations. Patronizing four stops on the trail garners the stamps needed to complete a passport, which can then be redeemed for a free t-shirt at an Experience Columbus Visitors Center. The best part is, it is possible to get all eight stamps within one mile of the GCCC, and for anyone that doesn't like to walk that far, each is easily accessible from the free downtown circulator, the CBUS, which travels along the highly trafficked High and Front streets from the Short North Arts District in the north of the city to German Village in the south.

Columbus was the first city to launch an innovative way for visitors to taste the quality craftsmanship and commitment to education brewed in each cup, thanks to the unique collaboration found among roasters in the city. About 40% of redemptions come from visitors, a number that we are continuing to see grow with each month, and the 1,000th redemption was no exception as Lori Benseler was visiting downtown Columbus for the Thirty-One Gifts 2015 Conference when she completed her passport at Cafe Brioso on July 27. To-date we have seen participation from 19 states and six nations outside of the U.S.: Canada, UK, Germany, Ireland, Lithuania and Brazil. We encourage all meeting and convention attendees visiting Columbus to get out of their hotels for a taste of Columbus and a truly unique way to see some of our beautiful neighborhoods as well. For more information, please visit cbuscoffee.com.